Apple users are dying to know – is there an Apple smartwatch for kids? Indeed, all over the world, parents who’ve fallen in love with the Apple series are now looking for an iWatch for kids. This will allow them to keep track of their children. They’re also looking for a smart device that will keep their child excited and engaged, and not any old GPS smartwatch for kids will do. So what I’m doing in this article is going through the best Apple watch for kids options to help you identify the best device for your child.

So, what exactly does the Apple Watch do?

The Apple Watch is the latest gadget that you wear on your wrist, and it fulfills all the basic tasks of a regular wrist-watch. And so much more. The Apple Watch is not simply a device for telling the time, but rather a smart device that will keep you healthy, updated, and entertained at all hours of the day.

An Apple Watch will connect with your iPhone and send you notifications about what’s going on in your social media profiles. It will help you count your steps and track your heart rate to optimize your health.

The Apple Watch allows users to listen to music and program reminders, much like a digital agenda. And of course, the Apple Watch will enable you to send and receive messages and calls.

What are the Pros&Cons of an Apple Watch for Kids? 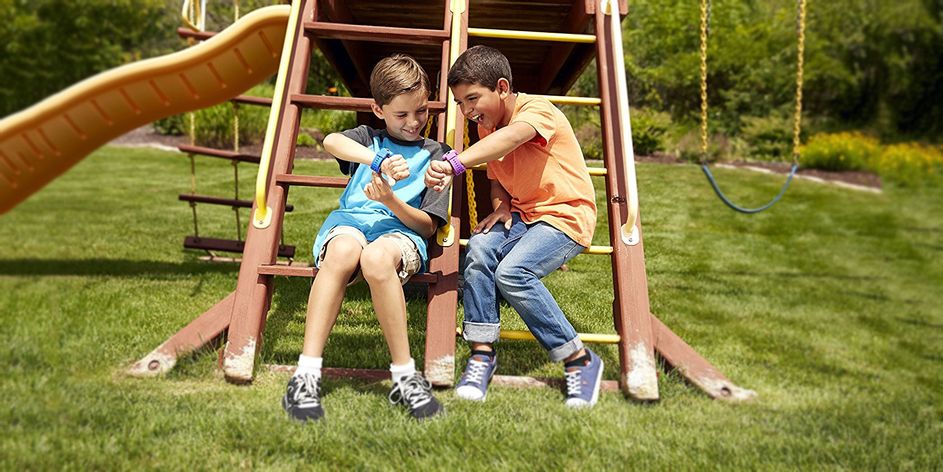 You might be thinking to yourself, “Okay, but why would my child need all that”? After all, kids don’t have any important meetings to attend and don’t read the news, so why should they need such a fancy watch.

One of the main points of the Apple Watch, both for adults and children, is to help keep you healthy. Considering that most children today spend an incredible amount of time sitting down at their computers, they can’t be leading an overly active life.

Well, by giving a child a health-oriented smart device, you can change that. This makes the Apple watch for kids one of the best options for parents out there, as it will encourage them to be more active.

The main reason many parents buy a smartwatch for their children is to keep track of them when they’re out of sight. Through the Apple Family Sharing account, you will be able to activate a GPS tracker that will let you know where the child is at any time of the day.

The Apple Watch also has an SOS Alert function. When your child presses and holds a button on the side of the device, the watch will automatically send out an alert with their location to the emergency service in your country.

Naturally, this is a responsibility, as it’s rather easy to press the button without meaning to. On the other hand, it’s a great feature if your child is in an emergency.

You will also be able to talk to your child when you are apart from your kid with the Apple Watch. We all know it’s tricky for children to keep track of their phones, as most of them tend to be naturally distracted.

But a device that’s strapped to your wrist is impossible to lose, and thus safer. With an Apple Watch, there’s no reason why your child should miss a phone call from you again.

The Apple Watch, although still connected to the iPhone, can smoothly run on its own through Wi-Fi or LTE. And although at this point, this isn’t perfect (battery tends to drain rather fast), the Apple company is continually making improvements to the LTE coverage.

This means that an LTE Apple Watch for Kids may, in the near future, be able to last them all day (so that you never risk losing contact).

Obviously, you’ll be able to control the content your child has access to, the same as you would on the phone. The parental controls on the Apple Watch copy those on their iPhone, so you can keep your kids safe from stranger contact or inappropriate content.

Those were the pros, but there are also cons, as with anything.

The main issue with an Apple Watch is that it is a sizable investment. Many parents feel iffy about letting their kid walk around with a $500 watch strapped to their wrist, which makes them a target for theft and bullying.

If adults get robbed (frequently) for the latest Apple device, then giving a child one is practically an open invitation to the thief.

It’s not necessarily a child’s fault they’re distracted and have a hard time keeping their stuff in place. By entrusting your kid with a $500 watch, you’re giving them enormous responsibility. If it gets stolen, lost, or damaged in any way, imagine how bad they’ll feel. And is that really worth it when you could get the same features for half the price or less?

I just know I wouldn’t have wanted to be strapped to such a massive responsibility at that age.

Is there a kid’s version of Apple Watch on the way? 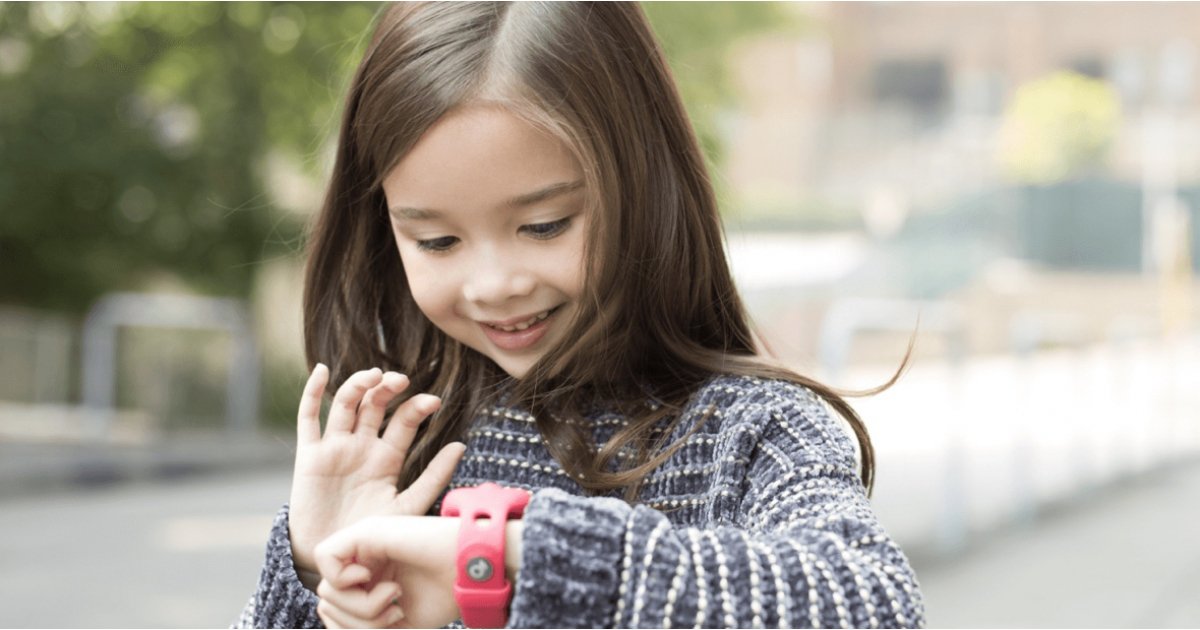 While Apple (who at present dominates the wearable industry) has not announced such a thing, there are signs to suggest they’re working on an Apple Watch for kids. There seems to be a “Schooltime” mode in the works, which would obviously be aimed primarily at children, and there has also been evidence of Apple working to enable an iPhone to pair up multiple watches. This would only make sense if you’re a parent and want to set up watches for your children.

While there’s no sign of an Apple watch for kids without an iPhone paired in the near future, it’s likely that the tech giant is working on a kid-oriented version of their wrist-based bestseller.

What is the best Apple Watch for kids?

At present, Apple has released two main series that may be suitable for your child, those being the Apple Watch Series 3 and 5. In this section, I’ll be looking at how the two series compare, and which might be better for your child.

It’s important to understand that the two are very similar, yet there are a couple of differences that might help you decide.

Color. On the other hand, the Series 5 offers multiple color variants. Whereas the Series 3 watch only comes in black and white, the Series 5 also throws gold into the mix.

Safety. The Series 5 watch is also more advanced when it comes to the safety of your offspring. Whereas the Series 3 watch only enables SOS Alert (e.g., calling 911 in the US), the Series 5 watch has international emergency calling enabled, so it’s better if traveling. It also has fall detection, which is an obvious benefit.

Orientation. The Apple Watch Series 5 has both GPS and a Compass function (whereas the Series 3 only has GPS). This makes it easier for your child to orient themselves if lost.

Speakers. The Series 5 has a speaker that, according to the manufacturer, is 50% louder than the speaker on the series 3, making it easier for your child to hear alerts and notifications, and to keep in contact with you.

Of course, you may also opt for an older model, like the Apple Watch Series 1 or 2. Those are more basic (e.g., Series 1 has no GPS, smaller capacity, etc.), but they are also cheaper, which would solve the cost problem we talked about earlier. Series 2 does have GPS tracking enabled, Wi-Fi, and heart monitoring. Neither has LTE, however.

On the other hand, any parent knows how a child would scoff at an out-dated device.

Alternatives to the Apple Watch

If you aren’t thrilled about the above Apple options for whatever reason, not to worry, there are still plenty of options available for you. 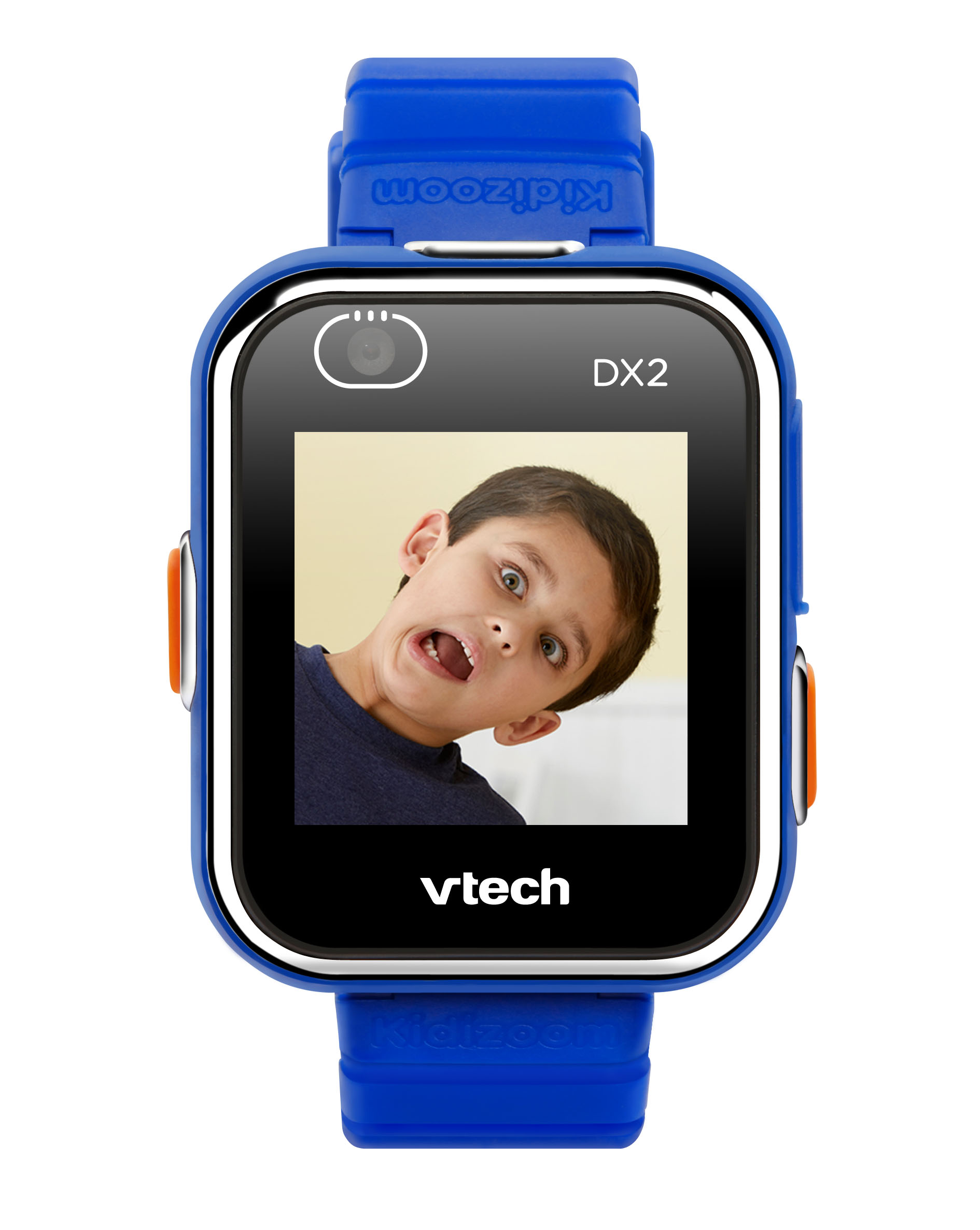 The Kidizoom offers no GPS tracking. It will help your child learn to tell the time, take pictures, play games, and count their steps. It is also budget-friendly, as it only costs $50. 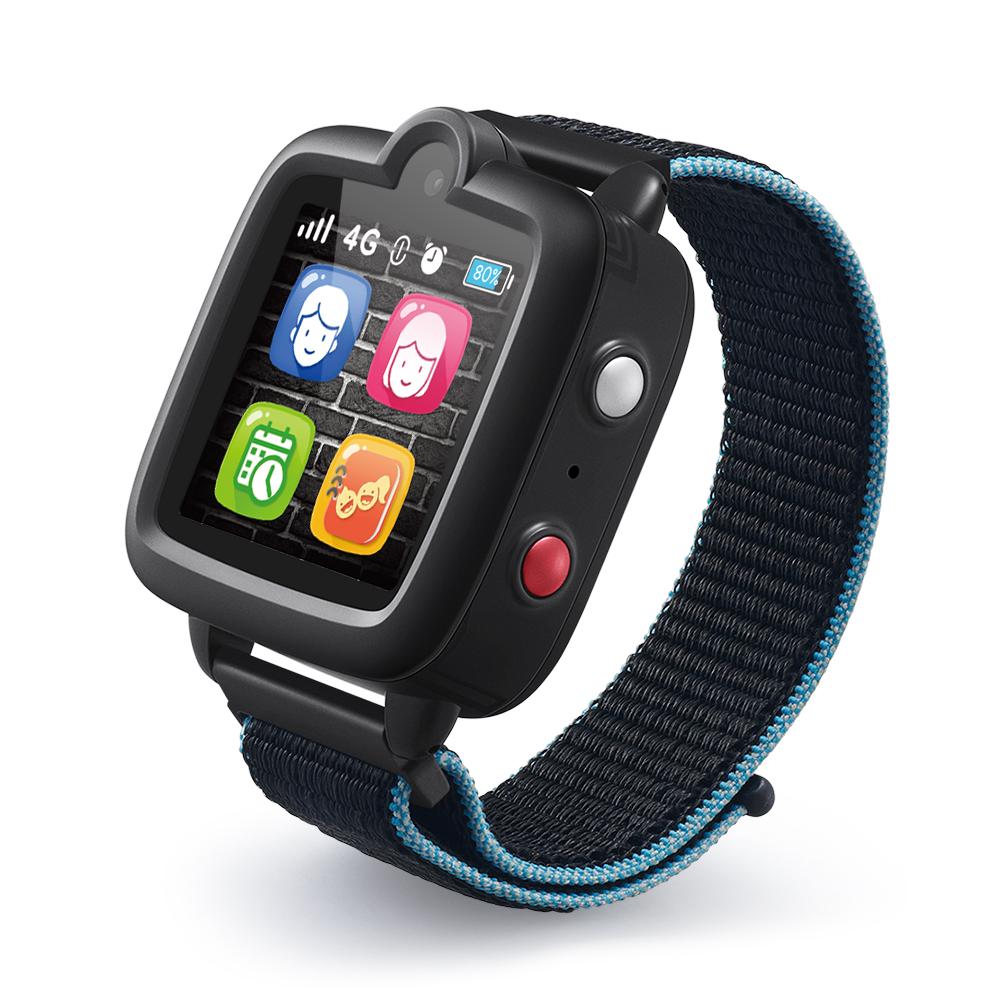 The Tick Talk 3 is a big favorite among parents. It runs on 4G LTE, and can track your child through GPS. At $169, it also lets you keep in contact with them, through messaging, 2-way calling and even FaceTiming.

A Smartwatch to Fit Your Carrier

You probably have a mobile carrier already. So, of course, you’d want to pair your child’s smart device to that same carrier.

WatchMeGo allows you to GPS track your child, and even set up a safe zone (called geofencing), so that when they exit that zone, you will be notified.
It also allows you to send messages, although not calls and lets the child play games. The price is $144.

With pink and blue options, the GizmoWatch lets you track the child and control their contacts. You can set up to 10 contacts, and it also allows you to keep in touch through calls and messages. At an overall price of $100, it counts steps, and even sends your child reminders.

The FamilyConnect keeps your child within a closed family network, and lets you track them through GPS, set up geofencing, and even has an SOS alert, so it is a great choice if you’re interested in tracking your child.

Can my child text me through Apple Watch?

Of course, the Apple Watch has all the basic communication functions, like calling, messaging, and even video calling.

What’s the minimum age for an Apple ID?

Children need to be at least 13 to create an Apple ID for themselves. However, a family organizer can set up an ID for them if they are under 13.

If you want to get your child an Apple Watch, we recommend waiting for the kid’s version. That is bound to come out soon. In the meantime, or if you feel an Apple Watch is too pricey for a child under 12, then we recommend either the Tick Talk 3 (great for tracking them) or the Vtech Kidizoom (an excellent first smart device).

If shopping for an older child or teenager, then the Apple Watch may be a worthy option, although you should discuss it before buying with your child – talk about the responsibility such a purchase entails, as well as how they feel about being tracked.